O’Sensei  (High teacher), the founder of Aikido studied different martial arts, Daito Ryu Jujitsu and Kashima Shinto Ryu. Then, he developed Aikido.
He retired in Iwama, in the Ibaraki prefecture by 1942, when “Aikido” was formally created. During the next  27 years, O’Sensei improved upon his art by consolidating the techniques and the spiritual philosophy of Aikido.

Having spent 24 years at the side of the founder, Morihiro SAITO Sensei, 9th Dan, was the one who studied the longest under O’Sensei’s guidance. He was the only true Aikido weapons specialist and his way of teaching the use of these weapons has become the benchmark for the whole world. Equally an incomparable expert with bare hand techniques, Sensei  SAITO emphasised the relationship between these two forms of training, respecting as he did the true basics of Aikido created by UESHIBA Sensei. 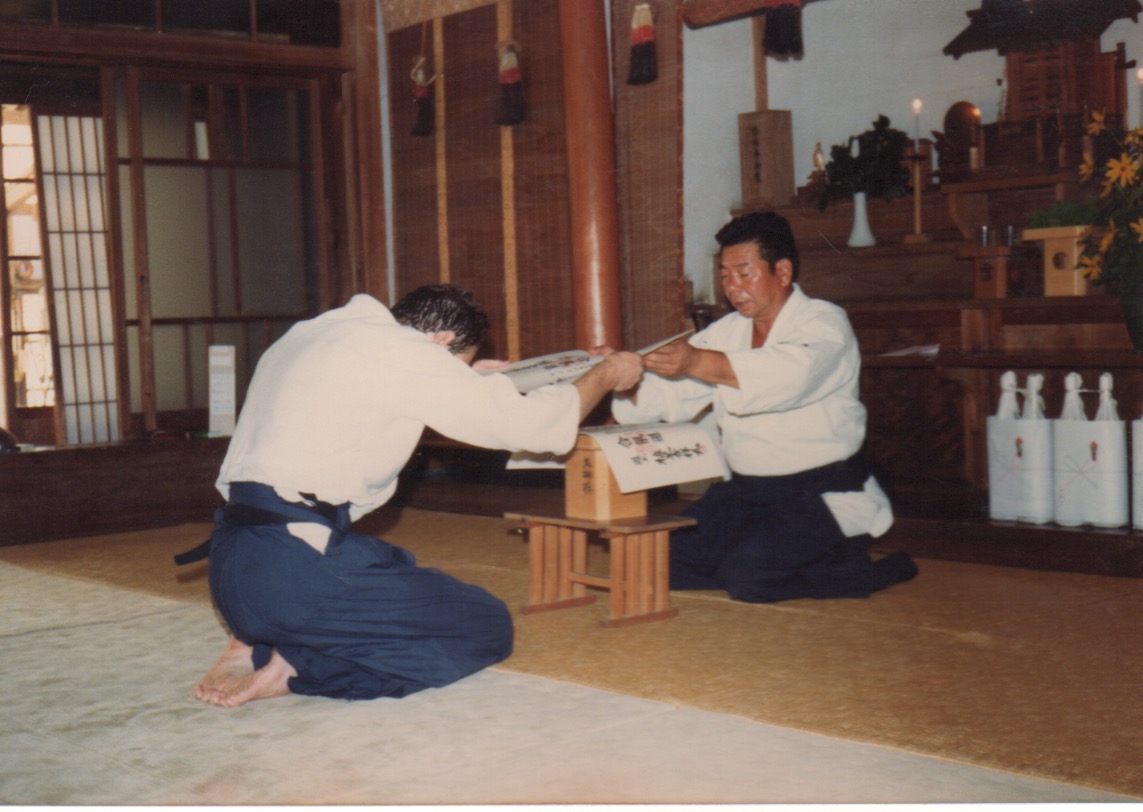